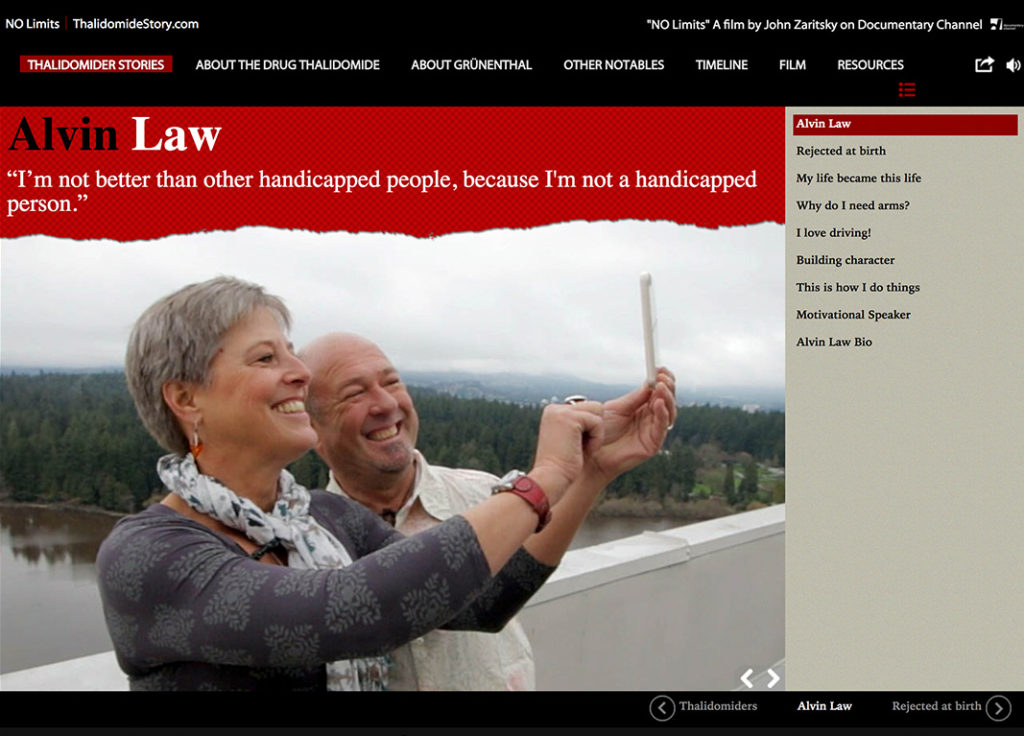 THALIDOMIDER STORIES are a central component of the NO Limits website. Focussing on nine thalidomiders, we created a series of character-driven interactive POV web shorts, broken down into modular components. Each module has a separate url with the intent that users can share unique story segments across social media.

NO LIMITS reveals the true story that Grünenthal, the German inventor and manufacturer of Thalidomide knew about debilitating effects of its drug on babies but continued to sell the pills to unsuspecting pregnant women around the world who were taking a drug they were told was ‘safe’, to offset their morning sickness, and who ended up giving birth to thousands of severely disabled children. Previously sealed court documents have now come to light that reveal Grünenthal’s culpability. 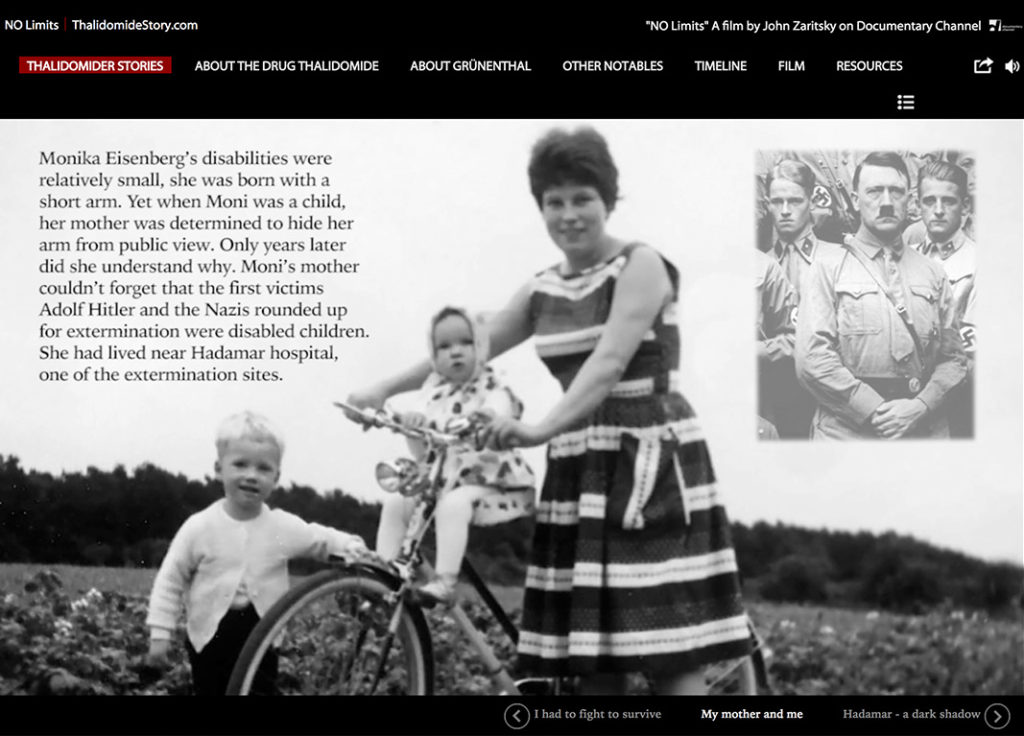