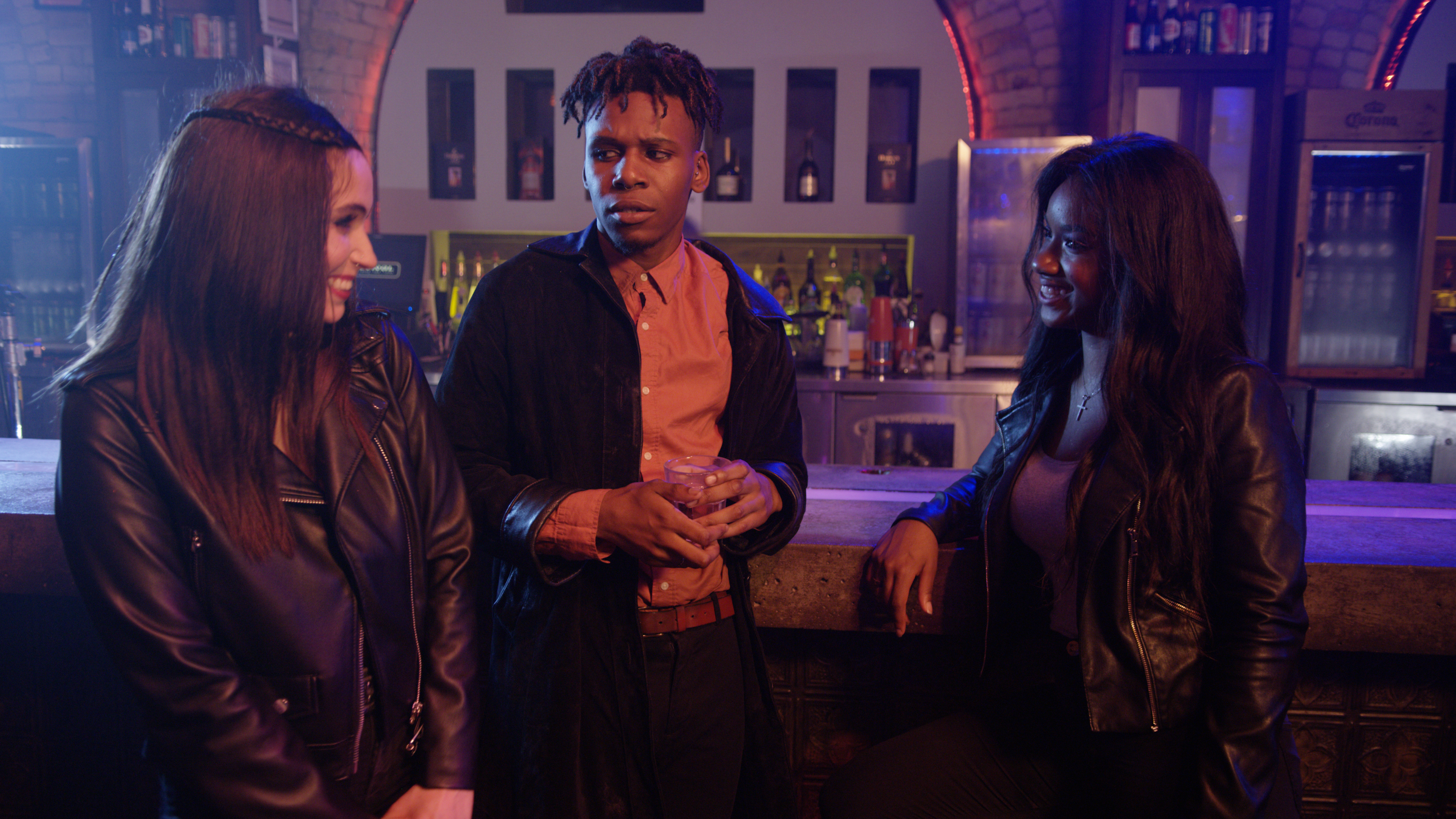 We are excited to share the one minute teaser for our soon-to-be-released pilot episode of Spell Bent, just in time for Halloween! Over the past summer our team has been working hard to develop the character and story outlines for this LGBTQ action fantasy series created by Jamie Hart.

Our theme song for the series is introduced in the teaser, it’s called Born Strange by Haley Bowery and The Manimals.

We filmed for two long days during the last weekend of August. Our Director of Photography, Dale Hildebrand, brought a rich aesthetic to the project. Inspired by Jamie’s mood boards, Dale created a dramatic atmosphere. The goal was to light the film with influences from neon art, film noir and German expressionism to create a Spell Bent signature style and to heighten the production value. Dale filmed handheld in 6K with the Red Epic Dragon and the pictures are spectacular! Dale and Director Paul Hart were a great team and along with the entire crew worked long into the night to capture all of our moody nighttime scenes.

We were really pleased with our locations. We’re grateful to Joe Saturnino for getting us into the Revival Bar our location for “The Owlet’s Wing”, the watering hole of The Guardians. We’re thankful to the neighbours of Gerrard Street East (Little India) for their patience while we filmed our exterior shots into the wee hours.

Paul Hart not only co wrote and directed the pilot, he edited the teaser and will complete editing the pilot episode soon. Please stay tuned for news on where to see the pilot!