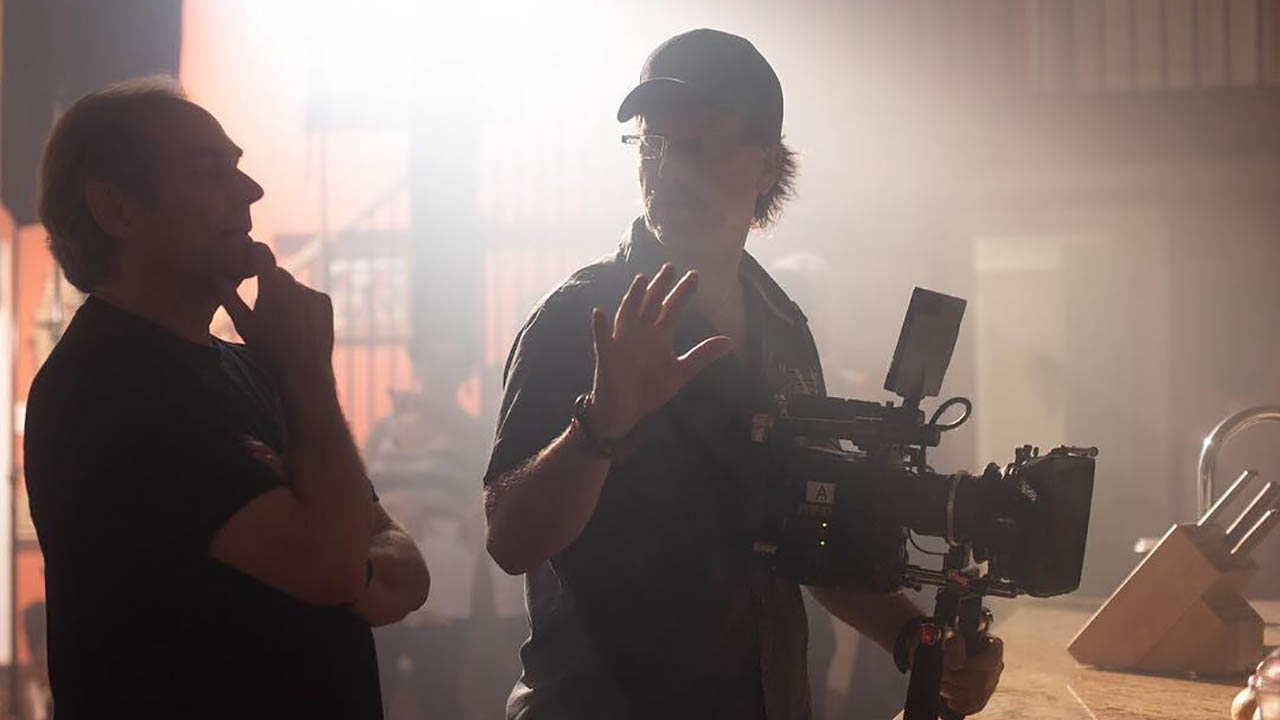 Deadly By Design: editor, colour correction and online
A one hour documentary for CBC’s Doc Zone about the booming and deadly business of Ecstasy and Crystal Meth manufacturing in Canada. Produced by Up Front Entertainment, producers Linda Stregger and Barbara Barde, directed by Jaime Escallon-Buraglia

CMT Presents Dean Brody: editor
Winner of the 2013 CCMA for Country Music Program or Special this one hour docuconcert was also nominated for a Canadian Screen Award in the best Music Program or Series category. Between songs at a live concert in Calgary, Dean Brody returns to Jaffray, B.C. where he is a hometown hero! Directed by Joel Stewart for Corus Ent.

Suck It Up Princess – editor / colorist
POV documentary produced by Hop To It Productions for OMNI…. This inspirational film explores the world of Renee Rodrigues, a young woman living with congenital muscular dystrophy. The film which aired in 2010 has won a “Special Jury Award” at the “Worldfest Houston Awards”, was nominated for “Best POV Documentary” at the 2010 “Yorkton Film Festival” and was shortlisted for “Best International Documentary” at the 2010 “International Youth Film Festival” in the U.K

The Idealist- James Beveridge Film Guru – editor / producer / location sound
76 min. POV documentary for TVO, Bravo. SCN, director Nina Beveridge In 2004 I co-produced and edited “The Idealist – James Beveridge, Film Guru”, a POV feature length documentary about my partner Nina Beveridge’s father, who was a co founder of the National Film Board of Canada. In 2009 this award winning film screened at The National Gallery of Art in Washington D.C. The film aired on TVO, Bravo, Knowledge Network and SCN.

The Calling – director/editor/online and colorist
I co-founded Team Adrenaline and directed and co-edited the award winning film “The Calling” for a large screen custom built theater at the first ever “Olympic Spirit” Venue. Scored by Jack Lenz, we recorded the unique 10.1 surround tracks in Bratislava with a 75 piece orchestra and several world beat musicians.
This emotional, musically driven film is often used by the Canadian Olympic Committee to inspire our athletes.

Green Heroes – seasons 1 & 2: co-editor & online editor, colorist, opening animation
24 x 30 min. doc series plus 40 webisodes – Produced by CineFocus Canada in association with TVO. Remarkable stories of people who acted on their ideas and heroically “ventured forth” to protect our planet. Produced by John Bessai and directed by Joan Prowse.

Pop It! – director/ editor/ graphic design & animation
52 episodes produced by Hop To It for TVO, SCN, Learning Network, Nickelodeon Australia and more. A hip hop dance show that I directed, edited and did most of the animation and compositing for all 52 episodes. Nominated for 2009 Best Multi-Platform Gemini and two 2009 ACT awards.

To The Wire: editor
This one hour sports doc followed five horses and their trainers to the 2014 Queen’s Plate. It aired on TSN just before the race and then another version later on CMT with the race included. Directed by Melissa McCrae.

Shawn Mendes One2One: editor
This live performance and both live and doc style interviews aired in April 2015 on YTV as a one hour special and a half hour cut down version for repeat airings. directed by Joel Stewart.

High Valley Home Movie & Live in La Crete: editor
Nominated for a 2016 Canadian Cinema Editors Award. High Valley travel from Nashville to their hometown, La Crete Alberta (800km north of Edmonton) to put on a concert for their friends and family. From their humble beginnings in this small Mennonite town to the lights and glamour of Music City, brothers Brad and Curtis Rempel take the CMT cameras on a tour and show that no matter where they live, their roots run deep. Directed by Joel Stewart for Corus Entertainment.

Ultimate Fan Access – One Direction!: editor
One hour special for YTV about contest winner Amanda and her sister who fly to New York City to attend One Direction’s sold-out concert at Madison Square Garden and meet the famous five – Harry, Liam, Louis, Niall, and Zayn – at a VIP meet-and-greet event. Hoards of screaming winner girls from 14 countries!

The Mystery of KA 114: Online editor, colorist, titles
This one hour documentary was shot over nine years and follows the most ambitious restoration of a WW2 aircraft ever undertaken. Woven in to the film are first hand accounts of several pilots who flew what was in 1942 the fastest airplane in the world. Produced by Cinema 16, Executive Produced by Mark Johnston, director Sandy Thomson.

Johnny Reid – One Night Stand: editor
Shot at the Palais Royale in Toronto this 2016 live performance special is set to air on CMT and was directed by Joel Stewart for Corus Entertainment

Florida Georgia Line – One Night Stand: editor
Shot at the Capitol theatre in Toronto this live performance special aired on CMT and was directed by Joel Stewart for Corus Entertainment

CMT Presents Little Big Town – Tornado: editor
Little Big Town, performing a whirlwind live show at the Mod Club in Toronto. I had fun on this one hour special that kicks and was directed by Joel Stewart for Corus Ent.

CMT’s Hottest Season Three (2014) – editor
Five one hour episodes for Corus Entertainment, each episode features a theme of “ten best…” music videos intercut with a team of comedians and their take on the videos.

Big In a Small Town: editor
A cross Canada competition/reality series to find the next big country music star. Directed by Joel Stewart for Corus Entertainment

Cupid’s Café – director/editor
An interactive project and TV series recently in development with CBC and Telefilm is Cupid’s Corner. A romantic comedy, I directed and edited the pilot which can be seen at http://vimeo.com/10528257